Kung Fu Panda 3, opens today in theaters, I had a sneak preview. I especially liked this move because I’m a  Reiki Master and spiritual junkie, I believe in Karma, energy from the universe and trusting your chi.  I do believe this is the best Kung Fu Panda movie.  Everyone agreed, The Moms, press, bloggers, kids, we all loved it. I especially liked when we got up close and personal with Kate Hudson and Lucy Liu. Yes ladies they were great, very open and answered all our questions.

“When you find what you’re passionate about it drives so much of your life acting, singing, and dancing are a few things I’m passionate about but people are my true passion, really connecting with them and I find that I can do that in so many different ways.”  ~Kate Hudson

“selfie” of the day with Kate Hudson. They had a great moment!

“What I love about this particular movie is that it talks about  love and acceptance. Even if you have a birth father or an adoptive father it doesn’t really matter its your family or the people you surround yourself with. There is enough love to go around..” ~Lucy Liu,

The sponsors for the event were  LYNX FITNESS & CHEVY TRI-STATE. I can’t believe I won the raffle for the home fitness package minus the personal trainer. I cant wait to get started.

THE MOMS helping HYUNDAI HOPE ON WHEELS WITH ROCSI DIAZ


I'm not going to lie to you, I hate writing this blog, I hate cancer, I hate seeing children suffer, I hate what these families have to go through. One child diagnosed with cancer is just one too many! It's never about "I" when dealing with children, its about what can we do to help. Did you know that 15,000 kids are diagnosed with pediatric cancer and that cancer is the leading cause of death in children? Today The MOMS hosted a luncheon with Rocsi Diaz and Hyundai’s Hope On Wheels at The Warwick Hotel in NYC to help raise awareness for pediatric cancer.#HopeOnWheels #EndChildhoodCancer

The comapnay was great, the parents were amazing telling their personal stories, their courage and strenght inspired everyone. The children with cancer and in recovery were joyful and had hope in their eyes. They smiled posed for pictures, and had great energy.

I'm no stranger to cancer and the effects it has on families, I even created a line of non toxic beauty products called G2 Organics because I believe a lot of cancer comes from beauty the products we use and the toxic build up in our system, a portion of my sales goes toward helping with cancer, www.g2organics.com  I think we all play a role in helping find a cure HYUNDAI HOPE ON WHEELS, has donated over $100,00 million toward the cause.

“Childhood cancer is an important issue that should command more attention,” said Rocsi Diaz. “I’m proud to participate in Hyundai Hope On Wheel’s launch activities. I’m moved that Hyundai has been helping kids fight cancer for 17 years and I’m delighted to share that this year they will surpass $100 million in funding groundbreaking research aimed at finding a cure because one child fighting cancer is one child too many.”

Hyundai Hope On Wheels will carry on its “Just One Wish” campaign theme from last year. This theme is designed to convey the mission of the organization to end childhood cancer. The campaign connects thousands of families affected by the disease via social media. Parents who visit the Hyundai Hope On Wheels website and social media channels can join the effort by posting a photo of their child and sharing their own stories of courage and hope. The goal of the Just One Wish campaign is to show the collective wish of a cure for pediatric cancer. Families can join the effort by visiting the Hope On Wheels website under the section “we win together” or by posting a photo on social media @HopeOnWheels, using hashtags #EndChildhoodCancer and #HopeOnWheels.

Nichole Kidman, talking Paddington, Parenting, Beauty all in one morning!

I finally met my Nicole Kidman, 47,  my favorite  Oscar winning "movie star", In NYC at the Lincoln Film Center. She wore her hair straight  a black high-neck blouse beneath her black suit, which had a gold chain  and beautiful rings. She was right on time, no she was early!! I love that she was early Brooke Shield's was late for my last event.

The movie Paddington was funny and had a good family value lesson. That being said I had a chance to speak to Nichole. I asked her about her relationship with Suri, Tom Cruises and Katie Holmes daughter, myself being a Mom and a step Mom, I was curious. She looked at me surprised then said "ahh, no no I have no relationship with her". I was shocked since her and Tom have children from their marriage which would make them 1/2 brother and sister to Suri Cruise.  Can you believe Katie Holmes and Tom Cruise’s daughter is already eight years old? I think Suri would really like the movie Paddington. It was adorable and for all ages and Nichole plays a villain. I also find it hard to believe that she does not have a relationship with them since they are all in NYC. Let's talk beauty, this woman did not have the one line on her face, her skin was flawless. She  attributes it to  a peaceful life. “We have a very easy, warm, peaceful life. I think that is something that I always wanted and I was heading towards and I did not know how to find it – and I found it now,” Her hair is naturally curly now she straightens it,  very thick and coifed perfectly, many product and spray. She looked beautiful in person, and reads well in pictures.

Brooke Shields, her Mother was ahead of her time and had vision!

I finally met Brooke Sheilds, the one and only, eye brows and all!  It was a rainy day in NYC, but felt warm by the hospitality of The Moms and Homewood Suites Midtown Manhattan.She was very real and honest like her new book Brooke Shields There Was a Little Girl.  I have always been fascinated by her, and had questions about her life.  She answers all in her book, from running down the hall naked after she lost her virginity, to sexless dates with George Michael, and John Travolta, no surprise! Brooke is still beautiful, and a little heavier, then expected, she was funny and truthful.The younger generation know her as  Brooke Shields: 'Hannah Montana' Mom Calls Miley Cyrus … 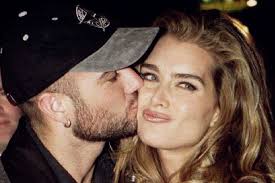 Hannah Montana mom Brooke Shields weighs – Daily Brooke Shields: 'Hannah Montana' Mom Calls Miley Cyrus …
I asked her if other Mothers were jealous of her? She said that when people have problems with her its usually, about them and things going on in their life vs about her. We all have stuff going on.

She spoke about her Mother in a very respectful honest account of her life. She said  both made choices, and incredible sacrifices, that would affect their relationship forever. When Teri died in 2012 Brooke was by her side, both loving and conflicted to the end. Teri s death led to yet another media firestorm about who the world thought she was. But only Brooke knows the truth of the remarkable, difficult, complicated woman that was her mother. And now she'll share all in her memoir. I think her mother was ahead of her time.

I'm almost finished with the book, and love it, I actually look forward to reading it in the evening. Its never a easy road to success, but Brooke did it, even graduation Princeton University, she is married now with two children. Life is good. I think her Mother was way ahead of her time with her vision, and found it hard to cope with life and "stuck people", thats why I think she drank. God Bless her and she did show a lot of people new ways of looking at the world through art and humor. I liked her Mother after I read this book and spoke to Brooke.

Posted in BEAUTY INSIDE AND OUT, BOOKS, Events, fashion&trends, product reviews | Tagged 'Hannah Montana' Mom Call, Brooke Shields, Homewood Suites Midtown Manhattan, The Moms Melissa Gerstein and Denise Albert, There Was A Little Girl | Comments Off on Brooke Shields, her Mother was ahead of her time and had vision!

AS guest of my favorite  The Moms's we went to the Izod Center to see Marvel Universe."Embrace and have fun", that was my advice to my friends who joined me for The Marvel Universal Live, and when I say "live" I mean live, it was exciting from the moment we arrived. We had the VIP treatment, from games, we played games, dressed up as our favorite super hero. Selfies, pictures and silly fun was happening all around us. I interviewed Juliette Feld, the producer of the show (upper left), she was just delightful and all about families. Her baby is due in November. She said the show was all about teamwork, even under threat both powers need to work together, nobody can do it alone!

Everyone favorite heroes and villains from the Marvel Universe are present as well. You get Iron Man, Spider-Man, Wolverine and Captain America taking on the evil brother of Thor, Loki who is collecting pieces of the cosmic cube. What’s great about Marvel Universe LIVE! is that there are no the film licensing restrictions that prevent Spidey from joining up with the Avengers or The Hulk fighting with Wolverine, it doesn't’t matter in the world of Marvel Universe LIVE!. We get to see all our favorite characters join forces as a team to take out a band of villains including the Sinister Six, Hydra and A.I.M..my favorite was when The Hulk  steals the show again with a little help from his buddy Wolverine.

Marvel Universe LIVE! is a great family event for fans like myself who want to pass down the love of their favorite heroes to their children. Don’t expect to hear serious dialog or see an Iron Man Mach VII suit that actually shoots real missiles.

The show is cheesy at times, but in a charming way. Marvel Universe LIVE! is more of a revved-up stunt spectacular show that performs in major theme parks, rather than a movie production with an intricate plot. Kids don’t want that kind of detail and quite frankly neither do I with a show like this. I want to see fight scenes,flips, explosions and most importantly my daughter and her friends had smiles on their faces,and embraced all the activities before the show. I love how even if you were not familiar with the characters, you knew they would kick booty and would be thrilling to watch. Luckily for me that’s exactly what happened when we saw Marvel Universe LIVE!.

Tickets on sale at MarvelUniverseLive.com. This is the cast of  Marvel Universe Live( cast in  T-shirts ) they played the hero's. They worked out for 12 weeks doing stunts for this show. They were amazing!!

Bronx Bombers follows icon Yogi Berra and his wife Carmen through a century of the team's trials and triumphs, bringing generations of Yankee legends together on one stage. As it celebrates and explores the timeless legacy of baseball’s most iconic team, the play takes a look at how and why the Yankees have remained so undeniably great.

(Laura Posada is a mom, an attorney, a family health and fitness activist, a TV personality, and a philanthropic icon. A modern day “super-woman”)

In America alone, one in 700 children is born with an oro-facial cleft and one in 1,600 is born with facial asymmetry, a missing ear, a jaw deformity, or a defect of the skull, nerves or facial bones. These are myFace’s children. – MyFace

To learn more about MyFace or to donate visit http://myface.org

To purchase tickets to BronxBombershttp://bronxbombersplay.com/